After 2 weeks of Internet research on the car I was more interested than ever and despite being the worst time in my life to take on another project, not least finding somewhere to keep it, I arranged for another look. So on our second holiday to Cumbria a month later I found myself in old clothes with a torch, giving it a more thorough look over and under!
Well, this may be premature, but from what i could see the chassis was sound and the only real sort was the running boards and the rear of the boot floor. Theres plenty of surface rust but the metal still seems sound enough, so at least what I can see should be salvageable. Likewise I could not actually see anything missing, right down to the set of hubcaps and the jack and spare in the boot, being as rare as they are this would be critical to a restoration. Probably the saddest bit is the condition of the interior furnishings as its mostly beyond salvageable, but, as said, all there for patterns.

I just need to kick myself and make the final decision!! 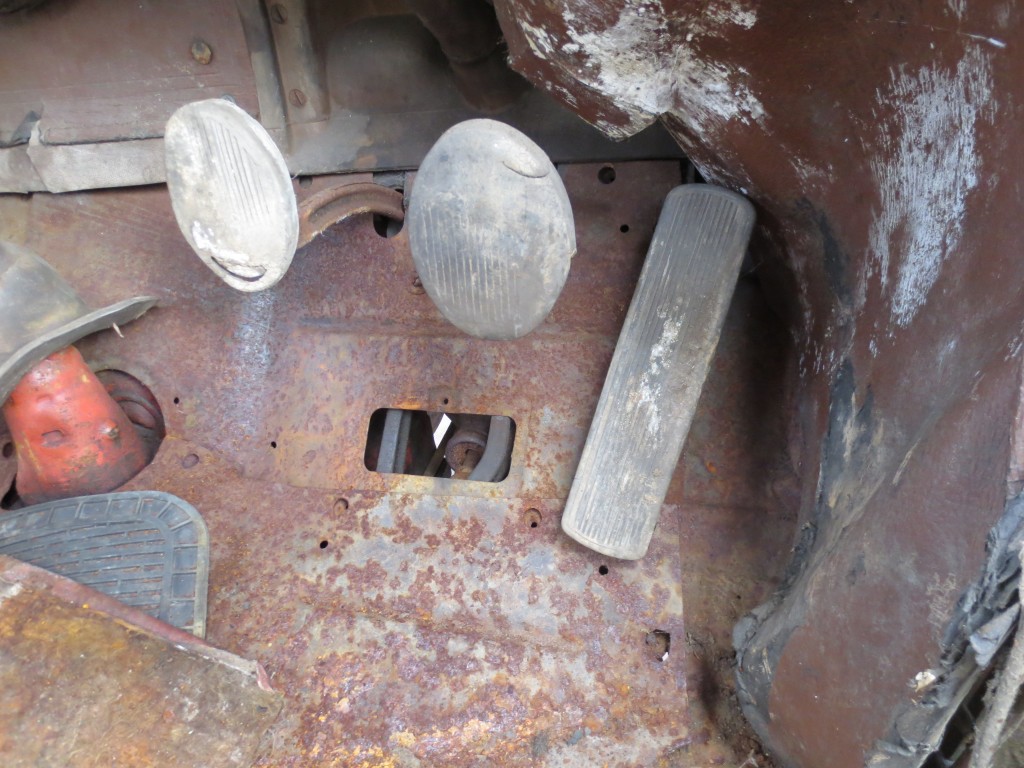 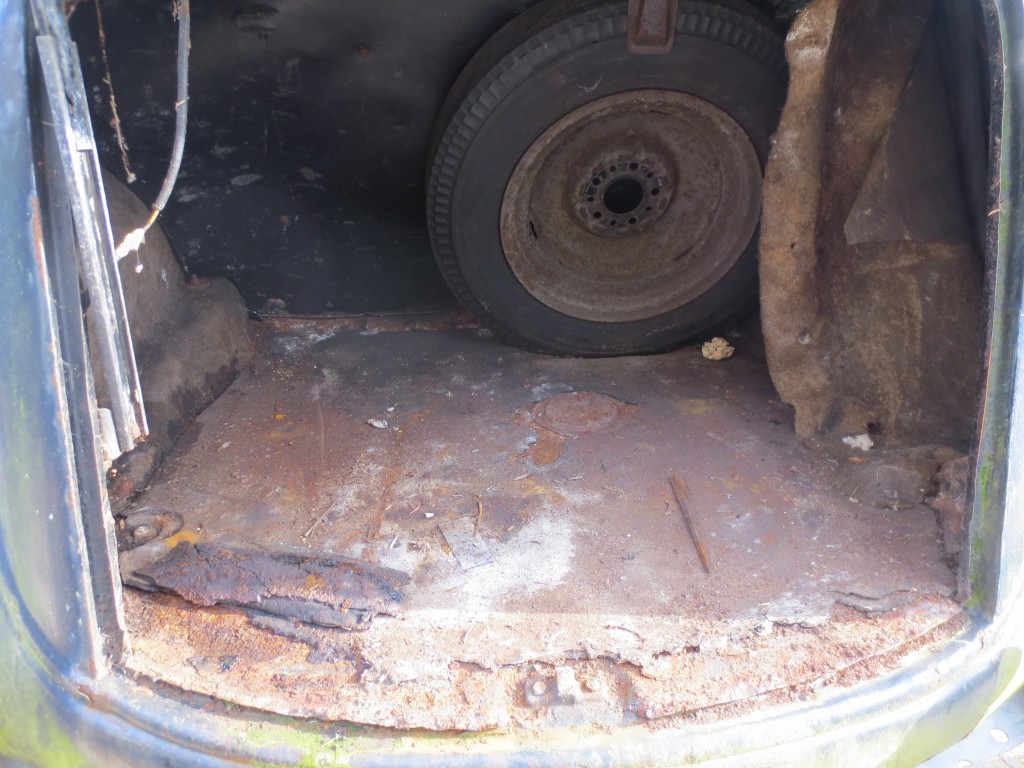